The ceremony was the first public collaboration between the two companies, a union that formally began in December, when Brightline filed a government document stating Virgin had taken a stake of up to 2 percent in the company. (The companies have declined to state Virgin’s exact holding). Although the downtown station has been renamed, the trains will continue to carry the Brightline yellow stripes until they are repainted with Virgin’s red logo. Virgin Trains USA, whose parent is Fortress Asset Management, will operate separately from Virgin Group.

Virgin Trains also announced Thursday it expects to soon file for a permit to begin construction of its planned expansion from West Palm Beach to Orlando. The company is still awaiting approval to issue $950 million in additional debt to fully complete the planned extension. 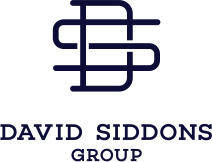